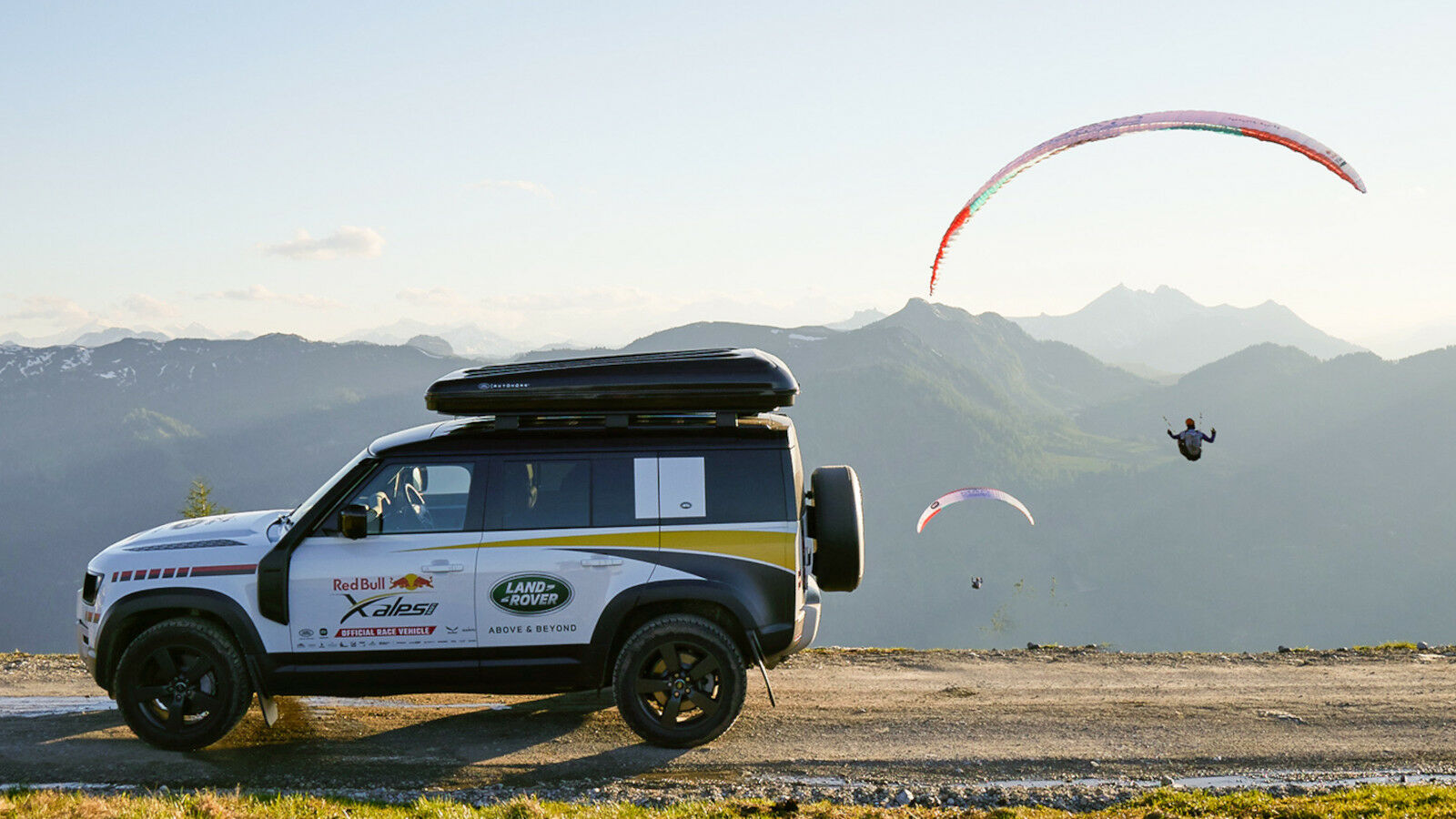 Whitley, UK 16 July 2021 – A fleet of new Land Rover Defenders travelled more than 50,000km and climbed the equivalent of 150,000 vertical metres across five countries to support competitors in the Red Bull X-Alps race. Defender demonstrated its capability and durability alongside Christian Maurer, who won the race for an incredible seventh time.

The fleet of 12 Defenders played a crucial role in the world’s toughest adventure race, with athletes battling across more than 1,200km of wild Alpine terrain by hiking, ultra-running, mountaineering and paragliding. Maurer completed the test of human endurance and stamina in eight days, six hours, 30 minutes, and 28 seconds.

The vehicles – each kitted out with an Autohome Roof Tent – carried supplies and equipment and were with athletes every step of the way, providing safe transport and shelter to aid them and their crew in their essential rest and recovery.

Laura Wood, Land Rover Head of Global PR Brand and Partnerships, said “Land Rover has a rich history both competing in and supporting adventure and endurance races and the Defender took the demands of the Red Bull X-Alps 2021 completely in its stride.

“The event was a huge success, and it was great to be part of history as Christian [Maurer] won for an astonishing seventh time. We are delighted to have played a part in supporting his pursuit of victory, as well as aiding athletes and crew members throughout.”

Crew members tested the Defender’s expedition credentials to the extreme, taking full advantage of its 900kg maximum payload and dynamic roof load of 168kg. Terrain Response 2 technology – including world-first Configurable Terrain Response – allowed drivers to fine-tune the vehicle to suit both their driving preferences and the conditions.

“The Defender excelled as a mobile base camp for athletes, providing them with the means to rest and recover at the end of every day. From negotiating treacherous bends and climbing daunting mountain passes, to providing a fast and comfortable ride on the German Autobahn, the Defender once again highlighted its versatility and capability in the most demanding conditions.”
Following its world premiere at the Frankfurt Motor Show in 2019, new Defender has won more than 58 international awards, including the 2021 World Car Design of the Year title at the annual World Car Awards.

New Defender is available in 90 and 110 derivatives. To find out more and configure yours, visit: www.landrover.com.bn/Defender