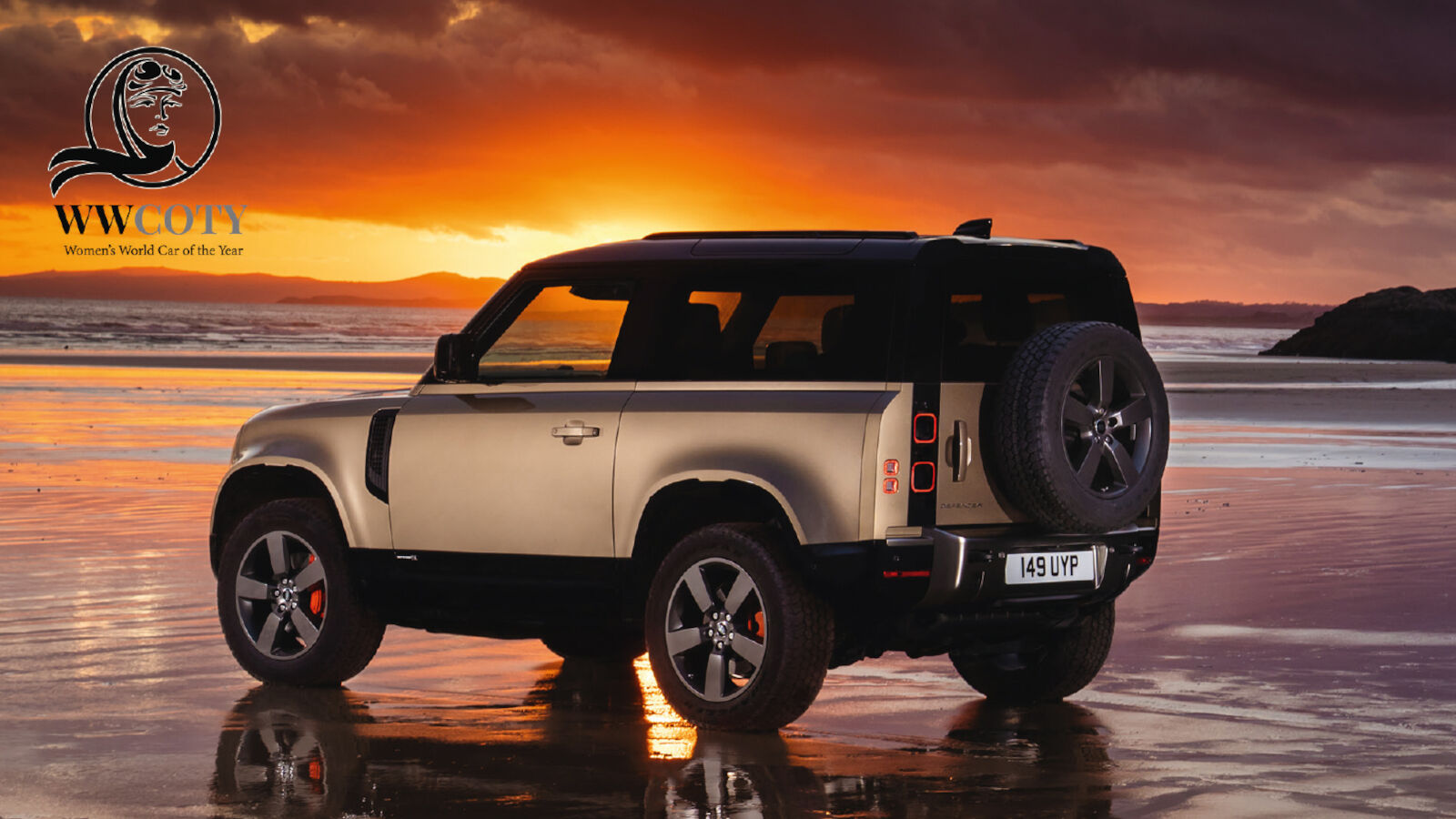 Whitley, UK, 8 March 2021 – The Land Rover Defender has been named Supreme Winner Women’s World Car of the Year 2021. The triumph is the first time a Land Rover has won the top prize at the awards and is the latest in a series of international honours for the most capable Land Rover ever made.

Defender remains true to the pioneering spirit that has been a Land Rover hallmark for over 70 years and redefines adventure for the 21st century. Iconic in name, shape and capability, it is available in a choice of body designs and can be personalised with a choice of four Accessory Packs to help owners make more of their world.

The Women’s World Car of the Year (WWCOTY) awards are the only car awards in the world with a jury comprised exclusively of woman, with 50 motoring journalists from 38 countries on five continents recognising the best new models available. New Defender was named Best Medium SUV 2021 at the awards before being awarded – to coincide with International Women’s Day – the headline WWCOTY prize.

Nick Collins, Executive Director, Vehicle Programmes, Jaguar Land Rover said: “This is a huge honour for the whole team and a reward for the hard work that has gone into creating such a capable vehicle. Defender has won more than 50 international awards already, which tells us that our original vision for a 21st century Defender was the right one. New Defender combines an unmistakable silhouette with state-of-the-art technology in a design that respects its heritage and delivers authentic Land Rover capability. The result is a family of 4x4s that lives up to the Defender name with durable commercial derivatives, an efficient plug-in hybrid powertrain and our potent new Defender V8.”

Marta García, Executive President Women’s World Car of the Year said, “The legend has been updated. The Land Rover Defender is no longer just a SUV to cross the Amazon or go into the desert. Its latest reinvention invites you to travel by road in the same comfort as a luxury saloon. For this reason, and for its technology and comfort it has been chosen as the Best Car of the Year by the Women's World Car of the Year.”

The stripped-back personality of the original Defender has been embraced inside, with the emphasis on simplicity and practicality. Defender 110 offers five, six or 5+2 seating configurations, while the 90 is capable of accommodating six occupants in a vehicle the length of a compact family hatchback.

A choice of advanced Ingenium petrol engines ensure Defender has the power, control and efficiency for any environment. In addition, a powerful supercharged petrol V8 new levels of performance and driver engagement to the Defender family.

State-of-the art technology ensures Defender delivers 21st century connectivity. Its next-generation Electrical Vehicle Architecture (EVA2) works in conjunction with Software Over the Air (SOTA) to ensure Defender is always connected and always up to date. Intuitive Pivi Pro infotainment features a simple menu structure and allows the most commonly used functions to be accessed directly from the home screen, while the easily customised layouts require 50 per cent fewer inputs than before.

The Defender family now encompasses the Defender 90 and Defender 110, while the new 525PS Defender V8 (only available for ordering in the final quarter of 2021) combines characteristic Land Rover capability with incredible performance and bespoke chassis settings for heightened driver engagement.

Since its launch, Defender has won more than 50 global accolades, including Top Gear’s 2020 Car of the Year, Motortrend’s 2021 SUV of the year and Autocar’s Best SUV 2020.

*All fuel consumption and CO2 data quoted above relates to Official EU-WLTP TEL Combined Test Figures for five-seat derivatives. The figures provided are as a result of official manufacturer’s tests in accordance with EU legislation. For comparison purposes only. Real world figures may differ. CO2 and fuel economy figures may vary according to factors such as driving styles, environmental conditions, load and accessories.